Android vs iOS: Who is Winning the Battle?

The rapid advancement of technology has increased the popularity of Mobile Apps. Mobile applications are vital in many industries and support expanding the world’s leading businesses. The gradual increase in demand for custom app development and free app maker tools is the most obvious indicator of the growing popularity and demand for mobile apps.

With WordPress plugins and extensions such as AppPresser, Mobiloud, and APPExperts, websites can now be converted into mobile applications without coding expertise. Today, we’re here to compare the market shares of the two industry champions and learn more about them. Therefore, let’s begin with an introduction to the two competing mobile operating systems.

Operating systems are eventually designed to function on a wide range of devices, including personal computers, tablets, mobile phones, and many others. It is consequently possible to learn a lot about a company’s market share by being familiar with the prevalence of various operating systems across a variety of different types of devices.

Let’s have a look at some of the statistics to learn more about the same market share:

When we compare Android to the other mobile operating systems in terms of the power of their global usage, it is possible that Android will emerge as the unpredictably dominant leader. According to the studies, Android currently holds a market share of 71.45% worldwide. On the other hand, iOS currently holds a market share of 27.83% of the whole market for mobile operating systems. They are responsible for more than 99% of the market share when combined.

The scenario abruptly changes when we consider the widespread use of various operating systems across different tablet devices. iOS is in the lead with 53.63% of the market share since iPads are maybe the most popular tablets in the world.

Imagine for a moment that we take into account the total market share held by all relevant operating systems across the different types of devices. In that situation, Android and iOS rank favorably among the other competitors operating in this market.

Android and iOS are the market leaders, with a combined share of more than 60 percent of the market. The significance of mobile technology and application development is brought into even sharper focus as a result of this. In addition, it reveals that Android commands a considerable market share across a number of devices, which is a positive indicator for the company.

– Information Regarding the User and Vendor Shares

Regarding products, it is common knowledge that Apple maintains its own adapted environment that it has developed. On the other hand, Android’s “open for all” environment is supported by a wide variety of smartphone hardware designs produced by many foreign manufacturers. Android is not only a manufacturer of mobile devices such as smartphones, but it is also a highly dependent operating system.

Apple is responsible for producing all the devices, including iOS, on which it runs many operating systems. It is interesting to note that, for a long time, Samsung has been considered the market leader among makers of Android devices. Recent research indicates that more than 55% of the market share for Android devices is controlled by manufacturers based in China. The most significant competitors include Xiaomi, Huawei, Oppo, Vivo, Motorola, LG, and vice versa.

It’s possible that some people will see the data on the revenue as being the same thing. Despite the fact that Android devices have a significantly larger share of the global market, it is indisputable that iOS apps earn a more significant total revenue through the sale of premium apps, in-app purchases, and other app-based products and services. This is a genuine possibility due to the fact that iOS users can pay higher prices for their apps and are ready to do so.

The aggregate revenue generated by Android and iOS applications is projected to reach USD 133 billion in 2021, representing a 19% increase compared to the previous year’s total.

iOS has a far lesser market share in terms of usage, generating 63% of the total income. This is an important point to make. If you want to make money off of your apps, you should probably focus on the iOS environment rather than Android if you want the best chance of success.

– Market Share of Mobile Operating Systems Based on Location

This section will discuss location-based statistics for the Android and iOS mobile operating systems. According to the discussion, while iOS has a larger market share in first-world countries, Android leads the world. In particular, iOS outperforms Android in the United Kingdom, the United States, and Canada is ahead.

Let’s look at some statistics about the location-based operating system share of mobile devices:

According to the table above, iOS is very common in developed nations. However, Android is the operating system of choice for most consumers worldwide. Since Android devices are less expensive than iOS devices these days, consumers are less likely to buy Apple products despite their desire to enjoy and adopt them. Apple gadgets are currently quite expensive.

The market share of the Android and iOS operating systems was the focus of the discussion above. It goes without noting that both platforms are popular and adaptable in their way. Android enjoys widespread popularity, while iOS has developed a sizable and lucrative niche market. However, iOS has created a sizable niche market for itself, while Android wins the platform title for many apps. This classification may or may not change in the future, but for the time being, it is still in use. For maximum coverage, we always advise you to create apps for both operating systems. 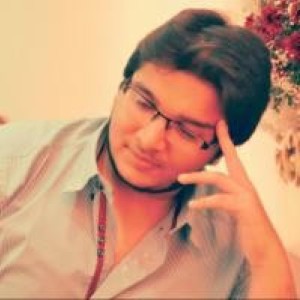 How to Make Money With Apps Using Monetization Strategies in 2023

Mobile App Statistics: Why Your Business Needs an App in 2023

The Impact of Mobile Applications on eLearning